Her original podcast series tells the true story of how her grandmother spied for Allies during WWII, while simultaneously surviving the Holocaust, How My Grandmother Won World War II – premiered on top 100 history podcast charts around the world in early 2021 and was recommended by The Guardian, as well as featured in The NY Post, The Daily Beast, Talkhouse, NBC LX and NY1.  It was selected for IFP/The Gotham’s inaugural Audio Hub and Film London’s invite-only IP market, UPstream- where it sold to Red Arrow Studio’s, Kinetic Content to develop into a scripted series.

Her first film, an experimental documentary, Granny was an Outlaw, chronicles her family’s rescue by Raoul Wallenberg during the Holocaust, and streams on US Holocaust Museum site as part of its permanent archive. Commercial director work: The Clinton Foundation/Radical Media, for which she interviewed former President Bill Clinton, Warner Records, Universal Records, including films on legends Eric Clapton and The Impressions and acclaimed band WILCO.

She’s a fellow of the Sundance Institute, a graduate of Hampshire College, The Graduate Film Program at NYU.  She is a professor of filmmaking and feminist film studies at NYU’s Tisch School of the Arts.

She is developing a television series based on her podcast. 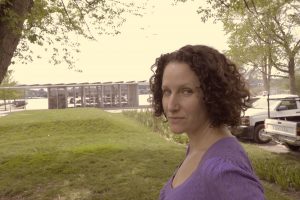 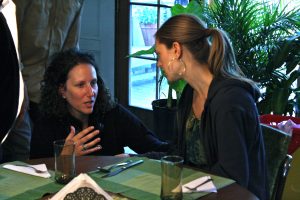